dojo was founded in 1995 . by holger and sasa. we were dj-ing for a couple of years as grasshopper soundsystem, playing dub and downbeat at local clubs and so called trip-hop cafes. later we played more and more dub added efx and a live set and we decided to run our own soundsytem. as in these days in germany there were not many sounds... we got booked around germany (berlin to hamburg, cologne and beyond... apperances on festivals like summerjam, soma and hemp parade...)

on dojo label we released 2 vinyls with tracks from roots control, the dubfactory and the disciples.
2001 i moved to spain, sasa continued labelworx with PIH* .
i linked up with argentinian djs y3ksounz, and we booked some uk acts for dances and the first real soundsystem events in spain with nation vibration, rootsgarden , mungos hifi.

as dojoson , the son of the dojo i performed at the spanish observatori festival 2003, 04... keeping up the worx for the dub culture the love culture.
we still run the remaining soundsytem and spin dub and rootz.

recently we linked up with benidub from italy, a sound tool designer at its best ! and so we keep up the rich vibes for the people ! running the place red, with bass.

love and niceness a gwaan 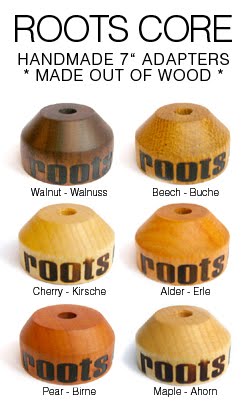